Interview with Author Dan McGirt: How Ebooks Can Resurrect Out of Print Books 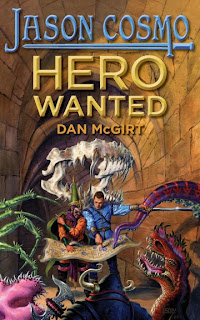 Most books quickly go out of print, relegated to the aftermarket dustbins of used book resellers.

It's a shame, really. After years - or a lifetime - invested in writing and publishing a book, an author can watch their work vanish in the blink of an eye.

Author Dan McGirt and his fictional dragon-slaying protagonist Jason Cosmo will have none of that, thank you.

Some readers may remember the Jason Cosmo series of fantasy adventure books when they first appeared in stores in the late '80s. The series met with reasonably good commercial success with around 40,000 copies sold.

Dan recently brought Jason Cosmo back to life by publishing Hero Wanted, the first book in the series, on Smashwords as a multi-format ebook.

Dan's decision to independently re-publish the series illustrates the opportunity facing millions of out of print authors: Thanks to the wonders of ebooks, authors can digitally resurrect their out of print titles for the benefit of new and old fans alike.

Please join me in welcoming Dan McGirt and Jason Cosmo back to a (digital) book shelf near you. 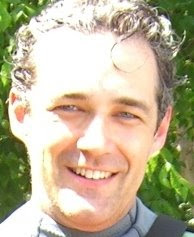 [Dan McGirt] I wrote my comedic fantasy novel Jason Cosmo when I was in college. It was published as a mass market paperback by Signet in 1989. Two sequels, Royal Chaos and Dirty Work, followed under Signet's Roc imprint. I didn't get rich, but the books helped pay my way through school.

[Mark Coker] How did the book review?

[Dan McGirt] Publisher's Weekly called Jason Cosmo an "energetic fantasy adventure" but also complained that "For the most part, McGirt's teeming inventions are sophomoric," which I didn't mind, having been a college sophomore when I wrote it. PW also said "McGirt seems prepared to stoop to the lowest literary levels to set up a joke," which is absolutely true, and concluded "His book may become a harmless, entertaining diversion for nerdy adolescent boys," which was probably a slam, but that is pretty much the prime audience for humorous fantasy, isn't it? I took it as high praise.

[Mark Coker] What other authors have you been compared to?

[Dan McGirt] My books have been compared - not always favorably, mind you - to those of Terry Pratchett and Douglas Adams. They are definitely irreverent romps through the epic fantasy landscape. Jason Cosmo is a reluctant hero who may or may not be the reincarnation of the Mighty Champion of legend. Mercury Boltblaster is a cranky and cynical wizard he befriends. There are sword fights, dragons, trolls, an Incredibly Dark Forest, evil wizards, scantily clad damsels in distress - all the good stuff.

[Mark Coker] What led you to form your own publishing company, Trove Books?

[Dan McGirt] My publisher declined to add a fourth book to the series and gradually the books vanished from bookstore shelves. When I got a royalty check for 80 cents (minus my agent's commission) I figured that was curtains for Jason Cosmo.

About ten years ago, I put up a simple web page. I started getting emails from what I call Loyal Readers all around the world. Most were some variation of "loved your books/whatever happened to you/when are you writing another one?"

I decided to relaunch the series and, after studying various options, decided to start my own publishing company, Trove Books, to do so. The main thought behind that decision is that I already published these books the traditional way, so I may as well experiment in bringing them back.

[Mark Coker] Hero Wanted is your first book on Smashwords. I love the cover. Tell us about the book.

[Dan McGirt] Hero Wanted is the first book in the new series. It is a revised and expanded version of the original title Jason Cosmo. Award-winning fantasy artist Richard Hescox painted the super-awesome cover. What makes that double cool is that he did the cover art for the original 1989 book. I looked him up and hired him to do a brand new cover. It's fun to be the publisher!

The print edition goes on sale today. I wanted an ebook edition too - both for readers who prefer e-books and for readers in other countries who might not be able to get the print book easily.

[Mark Coker] What brought you to Smashwords?

[Dan McGirt] I've done due diligence on just about every ebook format, device, publisher, and service provider to rise and fall over the last decade, but none of them gave me the combination of simplicity, control, market reach, and transparency that Smashwords does.

When I first read about Smashwords, it sounded too good to be true--but I was pleasantly thrilled to learn this service is the real deal. Smashwords is what I was waiting for. Easy to use and lots of options to experiment with.

For instance, I released the Hero Wanted ebook for free as a thank you to my longtime Loyal Readers who have waited patiently since my last novel was published in 1993. I like having the option to do that.

I'm sure I'll be experimenting with the coupons, affiliate program, and other bells and whistles Smashwords has developed as I go forward.

I appreciate the powerful tool you and your team have created for authors and publishers--as well as readers!--and your demonstrated commitment to being a resource for the 21st century publishing community. I look forward to publishing the rest of the Jason Cosmo series with Smashwords!

To learn more about Dan McGirt, or to download Hero Wanted for free, visit his Smashwords author page at visit his personal web site or the the site for his publishing company, Trove Books.

If you want to purchase the dead tree version of the book, it's out today at Amazon. Click here to buy it.
Posted by Mark Coker at 9:31 AM