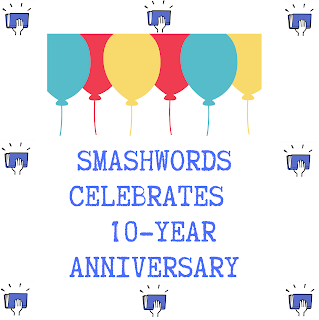 This past Sunday marked ten years since the public launch of Smashwords on May 6, 2008.

Ten years ago, the book publishing industry looked quite a bit different than it does today:


The Roots of Smashwords

The story of Smashwords started back around 2002, when my wife and I completed a novel titled Boob Tube.  We landed representation from an awesome agent at one of the most respected literary agencies in New York.  They were known for repping NY Times bestsellers.

For two years and across two submission rounds, our agent pitched our novel to all the major publishers of commercial women’s fiction.  Our novel, which explores the dark underbelly of Hollywood celebrity, targeted fans of daytime television soap operas.  Despite our agent's great work, he was unable to sell it.

Publishers were reluctant to take a chance on our novel because previous novels targeting soap opera fans had performed poorly.

It was our failure to find a publisher that opened my eyes to what I considered a huge problem facing millions of writers:


The Internet as a Force for Democratization

Jeff Bezos launched Amazon in 1994.  At first, the publishing industry treated the company as a harmless curiosity.

By the early 2000s, blogging was coming on strong.  Blogs helped democratize publishing by allowing anyone to self-publish stories and opinions online.  Early bloggers were criticized.  The general criticism leveled against bloggers went along the lines of, “How dare these amateurs fancy themselves as writers.”  Yet great writers were emerging from the blogosphere.

In 2005, YouTube was launched.  YouTube allowed anyone to self-publish their videos online.  New video producers - ordinary people - began developing massive audiences on YouTube.  It was a talent discovery machine.

Despite the early inspiring examples of bloggers and YouTube, by 2008 the traditional publishing industry was relatively untouched by the Internet and the rise of user-generated content.

As I pondered the publishing conundrum faced by my fellow writers, it struck me as odd that publishers weren't leveraging new publishing approaches enabled by the Internet to say yes to more authors.

In fact, I found that publisher attitudes toward the general population of writers were downright hostile.  They didn't want to say yes to every writer, even if they could.  Publishers had this holier-than-thou idea that most writers were unworthy of publication.  They viewed – and continue to view – their curation and gatekeeping function as an important value-add to book culture and readers.

They had a vested interest in maintaining the status quo.  They decided which writers became published authors, and which books were published, marketed and sold.  They were artificially constraining the publication of books.

But one can appreciate the great work of publishers while also recognizing the gaping hole that remains in their publishing businesses, and the harm it caused to book culture through benign censorship.   It's a hole Smashwords and Amazon KDP fill.

One of the great powers of the Internet is to make it possible to efficiently aggregate and reach micro-targeted audiences on a global scale.  These niche audiences can't be reached economically with print books, but digital books are a different story.

In my mind, a book with the potential to change the life of a single reader - even if that single reader is your child or grandchild - is just as important as a New York Times bestseller enjoyed by millions of readers.  I believe it's wrong to value books based on commercial performance alone.  Some great books will never sell well.

From Problem to Solution

This was the genesis of Smashwords.

Throughout my career, I’ve always been drawn to "change the world" ventures that carry a higher purpose.  I’ve long believed that a life without higher purpose is a life squandered.   Every person with a pulse has an opportunity to take small but significant steps today that will leave the world better than we found it.  It doesn't matter if you're a  writer, entrepreneur, home maker, school teacher, garbage collector, artist, doctor, mechanic, baker or retired.  Pick your passion and make a difference.

Writers are some of the most passionate, inspiring world-changers I've met.

In late 2004 I set to work on the Smashwords business plan.

I wanted to turn the conventional publishing model upside down.  I wanted to give authors full control over their rights, pricing and publishing decisions, and I wanted to flip the compensation model so that 85% of the net proceeds went directly to the author.

It was also important to me that Smashwords' interests be aligned with the interests of writers.  Rather than sell publishing packages or charge upfront for our services, we'd offer our service for free and we'd earn our income on commission.  If the author made money, we made money.

It’s fair to say that my business idea was unconventional for its time.  And maybe a bit crazy too.

I wanted to start a business publishing writers no smart publisher wanted to publish; selling books in a format – ebooks – that readers didn’t want to buy; and I’d sell these books in store called Smashwords.com that no reader had ever heard of.  Oh, and I knew little of the publishing industry other than what it was like to write and edit a book, find an agent, and fail to sell it.  I didn’t have venture capital backers or angel investors.  I didn’t have a lot of money to invest.  But I believed the world needed something like this that could give all writers a risk-free shot at achieving their dreams.

In my favor, I understood the Internet, and I already had a 20-year career in technology marketing and entrepreneurship to draw from.  In my prior career running a technology PR firm between 1993 and 2007, I worked with dozens of pioneering startups such as McAfee Associates and Rightnow Technologies.  I helped bring these companies to market, and I helped them exploit new approaches to software marketing, such as electronic software distribution, freemium, software-as-a-service and subscription business models.

Unbeknownst to me back in the mid 1990s, these new approaches to software marketing would later serve as the foundational building blocks to enable the rise of the Indie Author Movement, which itself was fueled by ebooks and democratized (and digital) production and distribution.  Ebooks are software!

We launched Smashwords in 2008.

Our launch was met with equal parts enthusiasm and skepticism from the writing community.  I expected enthusiasm from my fellow writers, but I didn't expect the skepticism.

Back to 2008, my idea that every writer had a right to publish was seen as downright radical if not subversive to the way-things-should-be.  It's still not a universally accepted idea.  But neither is free speech.  As I discussed in my Smart Author podcast episode about The Indie Author Manifesto, ever since Gutenberg's printing press there have always been those who seek to control free expression.

Books and authorship are the ultimate form of free expression.

For a historical deep dive into the prevailing views, attitudes, and concerns among writers we faced at the time of our launch, check out this thread at Absolute Write from 2008.  It serves as a good example of the public reception we received from the skeptics.

The thread started off with someone falsely accusing Smashwords of spamming the Nanowrimo message boards, and then progressed from there with some heated discussion and attacks pointed my way.  I joined the fray and did my best to explain our well-intentioned service.

Also in 2009, we expanded our focus to become an ebook distributor.  It was probably the most consequential decision in the evolution of our business.  Our authors' sales took off once we opened up sales channels that were previously inaccessible to them.

In the years since, we've continued to innovate a steady stream of new tools, new service enhancements and new distribution opportunities.  Ten years in, I still feel like we've only scratched the surface of what's possible.

Now, on this ten year anniversary of Smashwords, I’m tickled pink when I reflect on what our authors and publishers have accomplished.  I'm so proud of them, of you.  Indie authors are leading a renaissance in publishing, and we can expect that the power and influence of indies will only increase in the future.

Here’s where your world stands now:
I’m pleased Smashwords was able to play a small part in this revolution.  It's been my sincere privilege to join so many of you on your publishing journey.

Whatever we accomplished at Smashwords, we didn’t do it alone.

Thank you everyone for your trust, confidence and partnership.  We're looking forward to serving you in the years ahead.

What’s coming in the next ten years from Smashwords?


If you look back at our original launch press release, our mission has changed little over the years.

I founded Smashwords to help writers reach readers.  Long term, we will always maintain our core focus on helping our indie authors and publishers connect with more readers.  We’ll do this by continuing to develop industry-leading tools and relationships.  We'll continue to introduce new opportunities that put more control in the hands of authors and publishers.  We’ll continue to fight for your right to publish, and we’ll continue to do our part to support a thriving and vibrant publishing and bookselling ecosystem for the mutual benefit of authors, publishers, retailers, libraries and of course READERS!

Check out my Smart Author Podcast, where I guide writers step-by-step from the very basics of ebook publishing to more advanced expert topics.  Learn to publish like a pro.  Learn new insights to grow your business.
Posted by Mark Coker at 9:00 AM 41 comments: Links to this post