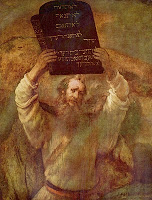 Ironic. Has the Smashwords License Statement, a unique creation of yours truly, been pirated?

Should a copyright statement have copyright protection? It's an interesting question.

It reads as follows:

This ebook is licensed for your personal enjoyment only. This ebook may not be re-sold or given away to other people. If you would like to share this book with another person, please purchase an additional copy for each person. If you’re reading this book and did not purchase it, or it was not purchased for your use only, then please return to Smashwords.com and purchase your own copy. Thank you for respecting the hard work of this author.


Other than a couple minor word tweaks (suggested by eagle-eyed Smashwords authors), it has remained largely unchanged since we introduced it.

The other day I noticed an upstart competitor appropriated (mis-appropriated?) the Smashwords license statement as their own by replacing Smashwords.com with their own web site. I've seen authors and publishers do the same.

When we created it, it marked a departure from the traditional copyright statement found in most print books and early ebooks. I drew from my background in the software industry and my view that ebooks should be licensed similar to software.

It also abandoned the then-common fire and brimstone warnings of steep monetary penalties for copyright infringement by instead taking a kinder, gentler approach to copyright enforcement.

My view is that piracy is a bad thing, though the biggest threat to authors isn't the cloak and dagger pirate who hides out on underground torrent sites. The bigger threat (if it's truly a threat at all) is accidental piracy. It's your enthusiastic reader who loves your book, and because they love it they want to share it with their friends so they can love it too.

Since book sales are driven by, and dependent upon, word of mouth, we want to encourage customer-driven promotion. The Smashwords license statement acts as a trojan horse. If customers accidentally (illegally) share a Smashwords book with their friends, their friends are gently reminded they have a moral (and implied, legal) obligation to support the author of that work.

I have no intention of discouraging people from using our license statement. Consider it in the public domain.


Image credit: Wikimedia Commons, showing Rembrandt's, "Moses mit den Gesetzestafeln," a.k.a. "Moses with the tablets of law." Interestingly, while we think of one of the ten commandments as "you shall not steal," according to this Wikipedia page it was originally intended to refer to slavery, and the stealing of people.
Posted by Mark Coker at 5:57 AM 19 comments: 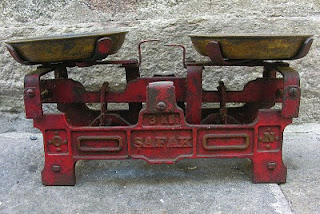 Math is funny thing. When you look at numbers from one angle, they tell one story, and from another direction they tell a different story.

I bop around the MobileRead, Kindleboards and Amazon message boards whenever I get a chance, and it's always fun to read what people are saying or speculating about Smashwords.

We have a lot of loyal fans out there, and for that I am grateful beyond words. Though sometimes, it can be tough to read the comments.

A few times during the last couple months I've run across authors complaining they don't sell many books on Smashwords compared to Amazon. I've seen authors pull their titles for this reason. Or there will be authors considering publishing on Amazon instead of Smashwords.

There's some fallacious thinking going on here, so I'll address a few points.

1. If you're publishing a print book, would you refuse to sell your book at Borders or your local indie bookstore because B&N is so much larger? Of course not. Then why would anyone think Amazon/Smashwords is an either/or situation? It's not. As an author, you should maximize your distribution points, not minimize them.

2. AMZN vs. SW sales: It shouldn't really be a surprise that most authors who publish in both places sell more on Amazon. After all, according to Alexa, the traffic ranking service (owned by Amazon), Amazon's traffic is 720 times greater than Smashwords, and of course Kindle customers can purchase books wirelessly there so it's more convenient. Therefore, if you're selling 720 books at Amazon for every book you sell at Smashwords, I'd conclude we're keeping pace. Or maybe a better number is 300 to 1, since Amazon sells toaster ovens, refrigerator water filters and underwear too (I get mine at Amazon, don't you?) If these or similar ratios always held true, it would mean many Smashwords authors who publish in both places should be selling millions of dollars worth of books on Amazon. But they're not. Why? Because some authors on Smashwords are getting a better yield (sales per X number of visitors) on Smashwords than on Amazon. My point isn't to knock Amazon. They're awesome, and every author should be there, either directly or through us (our books aren't there yet). My point is math. The next time someone pontificates their great epiphany that they're selling more at Amazon than anywhere else, offer them a math lesson.

3. As one smart poster pointed out, when you put your book on Smashwords, you're also distributing it to many other retailers. We're currently distributing to B&N, the Apple iBookstore, Aldiko, Stanza and Kobo, and our Sony feed is (hopefully) mere days from going live (yes, we're behind schedule!). In the next 12 months, you'll see many more retailers added to our roster of distribution points.

So bottom line, if you're not working with Smashwords, I hope you at least find another route to get your books to additional points. If not, you're selling yourself short.

Oh, and for loyal readers who read this far, a teaser treat: I analyzed our Apple sales yesterday and was pleased how the sales are trending for each of the first seven weeks. Chart at left. Not included are the free book downloads. A handful of Smashwords authors are getting thousands of downloads a week. We'll start adding this data into the sales dashboards in the next couple months.

Speaking of trending, Smashwords titles are starting to climb the charts elsewhere in the ebookosphere. Congratulations to Smashwords author Ruth Ann Nordin, whose novel, An Inconvenient Marriage, is the #4 best-selling book at Kobo today. She's beating out titles from Harlequin, St. Martin's Press, Penguin, Little, Brown and HarperCollins. Sure, her list price is only $.99, but at that price her 47 cent royalty is probably equal or higher than what the #5 Harlequin author is getting for their $7.99 list price book. Also congratulations to Smashwords author Bill Clem, whose $1.99 book, Microbe, is at #12 on the list (was #10 minutes ago).