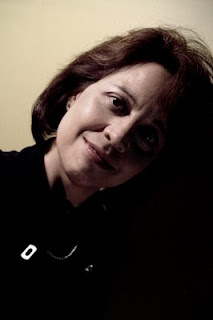 Laurel's compelling entry, "Fairy Tales", tells a haunting story of a robbery, a beating, a rape and a suicide. Yet in this interview, Laurel tells us the story is actually much more than that.

Please meet Laurel Wilczek, a talented writer I'm sure we'll hear more from in the months and years ahead.


[Mark Coker]: Congratulations on winning the Editor Unleashed/Smashwords Flash Fiction 40 Contest. What was your inspiration for this story?

[Laurel Wilczek]: The idea for my story "Fairy Tales" came to me during a period of time in which I was rereading Grimm's Fairy Tales. I've always been fascinated by this collection of macabre children's stories. The opportunity to reverse the standard structure of a fairy tale, to start at the end instead of the beginning and then to find happiness by returning to the past, was too tempting to resist. Of course, this kind of tale calls for a darker element to be present and I think the robbery and rape by "fairies" under a full moon offers a modern twist on the traditional evil that characterizes a Grimm's story.

[Mark Coker]: What do you think made Fairy Tales stand out from the 279 other entries?

[Laurel Wilczek]: I think the magical overtones throughout the story made it appealing to many readers. The use of fairies and fireflies kept this story within context of a fairy tale, while the rape and the burglary made it real. It's a contradiction in this world that children become aware of as they age. As adults, I think we all remember and long for the tales told about worlds that abide by a different set of rules. Rules that allow for a different outcome than what is found here.


[Mark Coker]: How long have you been writing Flash Fiction, and what other writing
do you do?

[Laurel Wilczek]: I've been writing short stories for over a decade. The length of each story varies from 500 to 7,000 words. Just as in "Fairy Tales, many of my stories include a quality of magic that frees the character's universe from the rules governing the "real" world. Some stories contain an element of humor along side of a dark, morbid theme. I enjoy contrasts. I enjoy using fantastical elements, although I don't consider my stories to be completely within the genre of fantasy. I define my work as magic realism. For me, the pleasure of this genre lies in the freedom to explore exotic themes in mythology and see how they stand up in the modern world. I see each of my stories as a sphinx posing a riddle for me to solve.

[Mark Coker]: What are your goals as a writer? Are you holding out for commercial
publication, or are you publishing now as an indie?

[Laurel Wilczek]: I'm interested in commercial publication. My goal is to publish a story collection and write a series of novels. I'm working on a second draft of a first novel rooted in magical realism. It's similar to "Fairy Tales" in that it is created with the mainstream reader in mind, but has some literary undertones.

I believe there's a market for it.

I haven't thought about publishing as an indie, mostly because that's a new option that I have yet to explore. A cursory glance through the options at Smashwords reveals that this is an intriguing possibility for new and established writers. I'll be looking closer at this as I move ahead in my career. At present, I have no plans to self publish.

[Mark Coker]: Do you enter contests often, and if so, why? What do you view as
the key qualities of a good contest?

[Laurel Wilczek]: I like contests. I cut my teeth in local contests then moved up to more difficult competition online. Contests can be a means by which a writer can measure her improvement, but only if the contests are selected with careful deliberation. I prefer contests with reputable names, like Writer's Digest, Byline, Glimmer Train, and Editor Unleashed. In the past, I've won first place in the Byline Literary Short Story Contest along with several honorable mentions. I've also won an honorable mention in the 77th Writer's Digest Competition, placing 62 out of 17,000 manuscripts. A reasonable entry fee is fine if the magazine is well known in the publishing world. The reputation of the contest host should boost your reputation as well. Prize money is attractive, but I won't dismiss a contest if the magazine showcases the work of excellent writers. In the publishing world, you are the company you keep. Money will buy ink for the printer, but reputation will earn you an audience for future stories and the interest of agents.


[Mark Coker]: Where else can readers go to read your writing?

[Laurel Wilczek]: You can read my latest story, "The Pond", in the January issue of T-Zero Literary Magazine at www.writersvillage.com Click on the link to T-Zero Magazine. I also have a blog at www.ravenlaw.wordpress.com where you can read my comments on various aspects of writing.

[Mark Coker]: Tell us more about your background, what makes you tick as a writer, some of the training you've received, and anything personal you'd like to share

[Laurel Wilczek]: When I was four years old, I asked my parents, "Why is the sky blue?" and I heard the standard reply given to every child, "Because." I didn't like it then, I still don't like it. There are some people who understand and accept this world as it is. Others spend their lifetime trying to fix it. I prefer to be one of those holding a screwdriver. If you ask me why the sky is blue, I'll tell you because it's magic.

I'm a graduate of Moravian College in Bethlehem, Pennsylvania. I've spent a decade honing my writing skills in classes at the local community college and at East Stroudsburg University. I've also been active at online writing sites and in critiquing forums at Writers Village University, Editor's Unleashed, and A Novel Approach. Recently, I completed a year-long study of the classical and modern short story form in the Writers' Village University MFA Short Story Program. I credit much of my success to my writing groups and to the writers who have worked beside me across the years. I live with my husband, two daughters, three nosy dogs, and a cockatiel named Pipkin in the beautiful Pocono Mountains.


Laurel's Grand Prize story will be published at Smashwords in the next few weeks as part of an anthology featuring the other 39 Editor's Choice winners.

In the meantime, you can read Fairly Tales at the Editor Unleashed Forum (may require free registration).

To learn more about Laurel, you can read her interview at Editor Unleashed with Maria Schneider.
Posted by Mark Coker at 12:57 PM

As one of those fascinated by the legacy of folktale and myth in modern writing, I really enjoyed this interview. Fairytales was an intriguing read. There's nothing better (to me) than the marriage of thoughtful intent and creative flow that results in a 'magical' bit of writing.
Well said:"a quality of magic that frees the character's universe from the rules governing the "real" world"...this is the device leading to the best in modern literature.
Thanks to Smashwords for the interview and to Laurel for the story...both great reads.

Excellent interview Mark.
I'm a fan follower of Laurel (Raven) and I find myself awe inspired at her persistence which is surely paying off.
Her knowledge is beyond measure and she will surely go to higher places, and hopefully...she'll remember us little people. ;-)
Writer's Village is taking people places and I'm glad to know that this is the end result...if you follow your dream!
Congrats Laurel!
~Joni

Another nice high-quality interview from Raven, and some more added insight into her unique and magical style of story-telling. Knowing her in real life is certainly a privilege and an inspiration (with the writer's mind at your fingertips!) Heartfelt congratulations to Raven. She will undoubtedly continue to serve as a reigning inspiration for all others lucky enough to benefit from her talent, courtesy, and dedication.

Great interview Laurel, you are a marvelous story teller, and I am looking forward to more of your work in print.

Mark and Laurel: Terrific interview. Mark pushed the right buttons and Laurel has shared substantive material about how she approaches writing. "Freedom to explore exotic themes in mythology to see how they stand up in the modern world," says Laurel. I always enjoy reading Laurel's work at Writer's Village University (WVU), and this well-grounded principle behind her work helps explain why her writing is always filled with the unexpected. Her stories both provoke thought and delight the reader.

My understanding of what we call "fairy stories" is that they were the medieval (and earlier) way of passing on understandings about the world, before the invention of Psychology as a science.

Therefore, to me, Laurel's (Ravenne's) story builds on that genre, because it tells a universal story of the harshness of modern city life.

I was particularly interested in Mark's questions and Ravennes' answers about indie publishing (which is new to me) and types of competitions to enter.

Thanks for a most helpful interview.

Really appreciated this interview which sheds some light on the intriguing foundations of "Fairy Tales", a compelling piece evoking
a myriad of emotions that draws the reader back for more. Brilliant job!

This was a great interview. As a fellow writer, I love hearing what drives other writers to create. Laurel tells us that her stories are “sphinx’s posing a riddle for me to solve.”
Having read examples of her other work at WVU, I know that Laurel is adept at solving riddles.

Enjoyed hearing about good contests to enter too.

I’m inspired to pick up my screwdriver and tinker with my latest story.

Thanks to Smashwords and to Laurel for the inspiration.

Very impressive to see such support for Laurel out there! Speaks volumes about the strong relationships Laurel maintains with her readers and fellow writers.

Thanks, everyone, for your comments and support.

I was astounded by "The Pond", but "Fairy Tales" was something extra, something special. It was a well deserved win. I feel honored to have had the chance to read it. The story is an inspiration to me and my writing, and I will be watching for Laurel in the future.

I appreciate your support. It is wonderful to know you are all sending me good vibes.