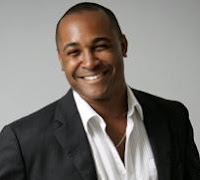 I've written previously here about how the risk of publishing will shift from publishers to authors. With publishers under increased pressure amid declining book sales and increased competition from alternative media, they're no longer able to take the same risks they once took on unproven authors.

This means it's up to authors to get out there and prove themselves. Regardless of whether you aspire to earn a big name publishing contract, or you aspire to pursue a successful career as an indie author, it's up to you to build your personal brand and readership.

For this Q&A interview, we're talking with Jeff Rivera of Gumbo Writers. Gumbo Writers is an author services firm that helps authors prepare and promote their books. Some of the freelance pros who work with Jeff previously worked as editors and publicists at major publishing houses like Random House, Harper Collins and Simon & Schuster.

You may already know Jeff as a writer for MediaBistro's GalleyCat blog (Jeff interviewed me last month). Jeff is also a contributor to The Huffington Post, where he's an entertainment reporter.

What you may not know is that in 2004 Jeff self-published his novel, Forever My Lady, and then after doing his own marketing managed to sell the novel to Grand Central in 2005.

Please join me in welcoming Jeff Rivera as our guest today.

[Mark Coker] - What led you to start Gumbo Writers?

[Jeff Rivera] - Having gone through the challenges of self-publishing and experiencing the journey of traditional publishing I saw cracks in both systems. I knew something had to be done, so I decided to match capable, legitimate editors, publicists and marketing managers who were recently laid off from the major houses with aspiring authors, both self-published and traditionally published who needed their help.

[Mark Coker] - What are the three most important things every author should do on their own to market their book?

[Jeff Rivera] - 1) Identify your market. Key in on exactly who you're appealing to. Appealing to everyone is appealing to no one.

2) Do a Google, Twitter, Facebook, message board search on platforms that cater to your target market and start becoming actively involved in those communities, creating authentic relationships without ever pushing your book to them. Join only forums that have at least 1,000 members on them and ones that allow you to have a signature when you post. The signature is the special sauce. After that, just engage with everyone and don't talk about your book at all unless they ask you about it.

3) Search groups such as associations, churches and schools that you can speak to even if you do not get paid. In my experience, at least 50% of those listening to you will buy your book after you speak.

[Mark Coker] - For authors considering hiring an outsourced service provider such as Gumbo Writers, what expectations should they have up front for results and cost?

[Jeff Rivera] - Authors cannot expect their book to be an overnight bestseller. It takes at least 90 days to begin a solid publicity or online marketing campaign that will start to bring results. The more the author is willing to work as a partner in the campaign, rather than tossing the keys over to someone else to drive, the more effective the campaign.

[Mark Coker] - How difficult is it for an author to earn a good return on their investment, and are such services right for every author?

[Jeff Rivera] - If the author is thinking long term, they'll definitely see a return on their investment. Your first book's campaign should be about exposure and nothing else so that the next book you don't have to work so hard in letting your target market know who you are. If an author is willing to roll up their sleeves, then with the right coaching, they may be better suited to do the work themselves. Otherwise, if it is too complicated or they feel they don't have the enough time, hiring the right coach or company to take on the campaign would be best.

[Mark Coker] - A couple weeks ago, you wrote a column for GalleyCat that some interpreted as you questioning the value of literary agents. In a guest post at the Dystel & Goderich blog, you clarified your position. Do agents become more important within the publishing ecosystem of the next three to five years?

[Jeff Rivera] - Absolutely, but an agent is not for everyone. With the floodgates now open for anyone to become published, independently published authors truly have a chance to go head-to-head with major publishers on an even playing field, at least within the eBook world. Gatekeepers will become more necessary as people will seek out someone they trust to tell them what they should read. A legitimate agent's stamp of approval, a prominent blogger, a major house's "published by" label, even your best friend's endorsement of a book could be such an outlet. In order to stay relevant in the next 3-5 years, I see lit agents taking on more of a role as a manager of an author's entire career not just selling their publishing and ancillary rights (but rather including film, TV rights, public speaking, new media, sponsorship & merchandising deals, etc. ). This is similar to what lit managers such as, Rob Weisbach are doing. That's going to mean they'll need to represent fewer quality authors rather than a roster of hundreds.

To learn more about Jeff Rivera and the author services of Gumbo Writers, visit http://www.gumbowriters.com/
Posted by Mark Coker at 3:43 PM

I know the larger publishing houses expect hundreds of sales per month from various titles, but the little info I've been able to gather seems to indicate that 20 to 30 sales per month for a title is considered good for a small publisher.

In your experience is it achievable?

Just curious about industry stats which are very hard to obtain. Wondering how you help authors set expectations in this ever-changing industry.

Thanks (and if you aren't taking questions, thanks for the interview!)

Good question, Maria. 20-30 sales a month is very attainable for a self-published book, especially a non-fiction book. That's something we definitely help our authors with at GumboWriters.

Traditional publishers expect you to earn your advance back, period. They don't care if you do it all at once or over time, though the prefer you do it within 12 months. Though, if you don't start showing signs of serious sales within a 6-12 week window they start to forget about you and are on to the next book.

publicity campaign is no exact science and definitely not something you could simply forecast specially for this industry, it's a really tough.