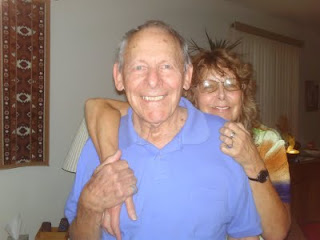 Imagine a story of a father and daughter separated for 25 years. A true story.

With their permission, I'm sharing their story of Thanksgiving with you today.

Rewind to ten days ago.

The daughter, now 66 and living in Southern California, searched for her father for 25 years. Nothing but dead ends. She feared the worst - the father she always loved and admired and wanted to forgive was surely dead by now. She had given up.

Yet the father wasn't dead. He's 87 and living in Arizona. He missed his daughter, but was too afraid to reach out. He was certain she hated him for disappearing without a trace so many years before. He lived his days haunted by regret of how he should have and could have been a better father.

So life went on for 25 years. Two people, longing for reunion, unable to connect for different reasons.

Last Sunday, November 15, Sally Reese Humphrey of San Diego awoke with a start. For the first time in several years, she had a dream about her father.

She fired up her computer. His name was William Reese. Maybe he had changed his name? She entered 'William von Reese,' thinking he might have merged his middle name with his last. Bingo. A website popped up with his picture.

That site was Smashwords. William is a Smashwords author.

Sally excitedly clicked the customer support link and sent a short message asking how to contact the author. She didn't mention the reason.

She didn't expect a response, she later told me, because she figured we receive emails from crackpots all the time. We responded to her, informing her that due to our strict privacy policy, we couldn't reveal the contact information for our authors but if she wanted us to pass along her contact information, we'd be happy to do so. Her response:

I'm his daughter Sally that has tried to find him for the past 25 years. When I saw him and his profile on your website I couldn't believe my eyes. I live in San Diego, CA and my phone # is XXX-XXX-XXXX. If you can help me get to him with this message I would be so grateful!!

Here's the response we received from her father:

Thanks, Mark. As you might infer, I have been a somewhat neglectful father. I thought she was mad at me. Bill

They immediately spoke on the phone. Three days later, Sally drove to Arizona for their reunion.

Two days ago, William emailed me with a report. With his permission and encouragement, I'm reprinting the email here:

Sally drove eight hours eastward on I-8 through desolate desert to see me. On her arrival we celebrated with a glass of champagne (domestic) and a home-cooked dinner of filet mignon. Our delight in being reunited is patent in the photos. We did little else but talk and touch the following three days.

Back-story: Back in '88 Sally was mad to marry (2nd time). She introduced me to an older guy working at the Red Sails Inn in San Diego. He was a bartender with aspirations of becoming a masseur. I hated the man right off the bat, but I suppressed my disapproval. I didn't want to spoil my daughter's happiness. So my wife and I disappeared into the wilds of Texas, careful to leave no breadcrumbs behind. We couldn't face dealing with the husband, though we had other motives for moving as well.

Now I find that Sally later divorced the man after a miserable marriage. He died a few years later. So I should have been honest with her up front, right? Is a puzzlement, what to do.

Story short. I applaud your deft handling of a tricky situation involving privacy issues. Thank you for thinking it through and doing exactly the right thing. With Sally you have attained the status of Godfather. You rate very high with me, too.

As Bill says, I think the pictures tell the story. 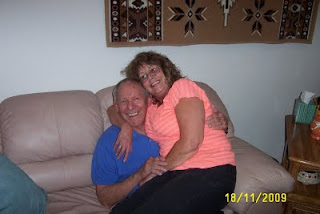 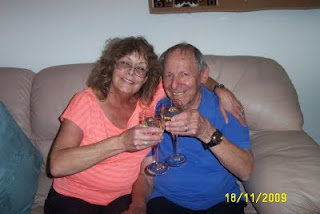 I would like to thank Sally and Bill for allowing me to share their story of love, forgiveness and redemption.

This isn't the first time Smashwords has helped reunite loved ones. When you put yourself out there, when you publish yourself online, you never know what might happen.

Dear Mark, I finished reading "The Reunion" about Sally ( my best friend) and her Dad, IM soo happy for her, and of course her Dad! I've never met her Dad in the 50 or more years that we've been friends, and now since Sally's whole family on her Mothers' side of the family are deceased it gives Sally Peace that she has a missing Piece in her life that she has been missing for a such long time and she has her Dad back! Thank you Mark for the good work! Best Regards Phyllis

Oh, Mark! I have a tear in my eye! I love stories like this. I'm going to link back... this is just the right story for the holidays...

What a lovely, heartwarming story. Thanks, Mark - and thank you to Sally and Bill for allowing it to be shared.

That's great. A heartwarming story for thanksgiving. My best wishes to father and daughter.

Real life has a habit of out-doing fiction!