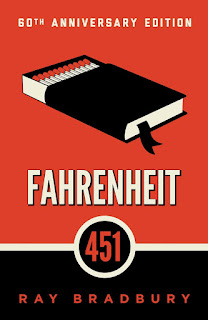 I hear you Mark.

I have a day job with the Federal Government and I spend my day hearing all the different ways that people can say nothing at all with 16 billion words or less.

I feel the same way about the fake news.

It's insidious. Worse yet, it is ACCIDENTALLY insidious. I don't really think there is any kind of a grand underlying conspiracy.

I think it all boils down to human stupidity.

We have figured out how to make more "white noise".

More fake news. More words overlaid upon words, in our deep-seated desire to cover our butts with bumper stickers of politically correct gobbledy-gook.

It is like the sky is filled to the brim with that static that you used to hear after the television stations went off the air - only now they NEVER go off the air, do they?

Man...I would have preferred cranky robots!

Steve, I imagine it's a nervous time to be a federal employee now when you have a president and congress that's so anti-government.

Great call to play it "straight" this year.
Every day in 2017 has felt like a cruel April fool's prank.
Again. I applaud your creative choice with this year's post!

The invisible flames of sociological decline have long kindled the bonfires which burn the desires, necessities, and one's public-personal academic requirement to be, at least... Well Read.
The words "What is Truth?" echo from the global rocky cliffs of literary decline, then bounce their way through the noisy social-media-filled halls unheard among the reverberations of mindless chatter.