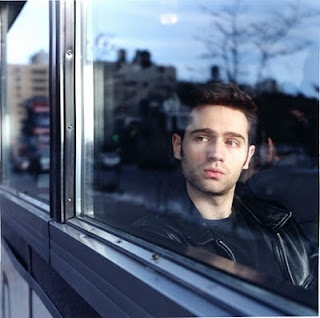 The ebook explores post-Katrina New Orleans through the eyes of strippers.

As part of the Read an Ebook Week promotion, you can download it now through Saturday March 13 for free, exclusively at Smashwords or at Diesel-Ebooks. In the weeks ahead, the ebook will also be available at Barnes & Noble, Sony, Kobo and Amazon.

John Buffalo Mailer is the youngest of nine children of this literary family. His father, the two-time Pulitzer-prize-winning literary giant, requires little introduction. His mother, Norris Church Mailer, is an accomplished novelist, painter, and model. Random House is publishing her memoirs next month, titled, "A Ticket To The Circus." 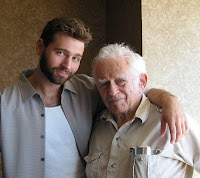 As you might imagine with such literary heritage, John Buffalo was raised with a profound respect for the written word. "Writing was religion in our family," he told me the other day.

It was my privilege to meet Buffalo a few weeks ago in New York, thanks to an introduction by Kelley Allen over at Diesel eBooks.

Buffalo faced an interesting conundrum. Playboy Magazine had paid him to write this cool story about post-Katrina New Orleans, but due to a restructuring at the magazine Playboy was unable to publish it. The rights had reverted back to him, and he was looking for a venue to bring the story to life. 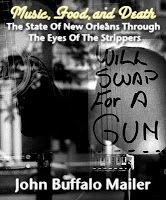 Today, I published the first part of my exclusive two-part interview with John Buffalo over at the Huffington Post. The first part focuses on Music, Food, and Death and the second part, which will appear Monday, explores how his father helped shape him as a writer.

Download book now at Smashwords or at Diesel eBooks. It's free through tomorrow, and then it goes to $1.99.
Posted by Mark Coker at 12:32 PM